What Type of Fighter are You?


We all have our own styles of fighting in MSWM.  I have tried to identify a list of fighting styles based on my experiences.  Take a look and see where you fit in or if there are other styles that I haven't listed. Also, if you have any more humorous names for these styles, fire away! :-) 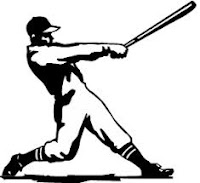 The Slugger:  This type of pilot likes to fight from long range, usually with a weapons class plane and expensive missiles.  The Slugger never wants to be near you, circle you, or encounter you in any way.  He wants to hurl as many missiles at you as possible from long range until you become a little black puff of smoke in the distance. Sometimes it is fun to mindlessly hurl missiles at an opponent without having to do much twisting, turning or thinking. Not much skill required, however get ready to cough up some blue coins, because you are going to need them to buy many coin missiles if you enjoy this type of fighting.  Credit missiles won't be very successful.

The Circler:  The opposite of the Slugger.  The Circler likes it up close and personal. Usually a pilot flying agility class aircraft, this pilot likes the fun of a true dogfight.  Split second timing and good visualization skills are a must as you chase that red arrow with just the right angle. 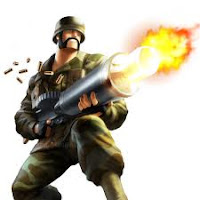 The Gunner:  Similar to the Circler, the gunner prefers cannon fire over missiles.  They enjoy the satisfaction of a cannon kill much more than a missile kill.  In fact, many gunners like their cannons so much that they will continue to firing their cannons even when they are not shooting at you.  You'll hear their cannon fire incessantly rattling away as you circle.  Maybe they are shooting at imaginary flocks of geese?  We may never know. 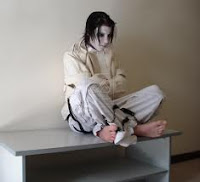 Mr Chaotic:  You can never predict this guys next move.  One minute he is circling, next he is running, next he is doing endless rolls.  next he is not firing at all and ignoring you, next he won't stop shooting his cannons.  My guess is that these are usually 6 year olds that have gotten a hold of big brothers ipad. 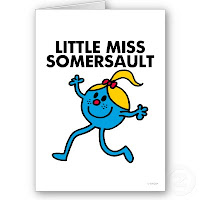 The Roller:  This player seems to think that if one roll is good then 50 rolls is even better.  If this was real life, the pilot would have had an aneurism from the dizziness.   These players must have sprained wrists from all the screen swiping. 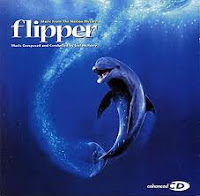 The Flipper:  Flippers love to do bull runs where they get in a circling match and then do a high speed run away from you and try to nail you with missiles.  The problem with the Flipper is when they do it over and over again to the point where you can quickly anticipate the pattern and smoke him repeatedly.  I love playing against Flippers!

The Turtle:  Usually a green eagle, but can be any defense class plane.  This fella usually just chugs along and banks on his armor and regeneration capabilities to keep him alive.  Usually will be armed with Bisnos or other coin missiles and will try to hit you at long distance like the slugger.  I really don't understand the fun of being a turtle!

The Rabbit:  We've all fought against a Rabbit at some point.  This is someone, usually in an agility plane, that scores a kill against you and then tries to preserve the score for the remaining time by running away from you.  Typically the Rabbit will try to hug the terrain down in a valley behind a mountain, behind a ship at sea or just run the opposite direction from you.  I love hunting wabbits!

The Quitter:  Finding yourself down by 3 or 4 kills?  Just quit.  That is the motto of The Quitter.  Why waste that minute or two of being on the losing side of the equation?

The Cheater:  A green eagle that you can't get behind because he is somehow just too agile.  A Hawken that outcircles your Reaper.   A Thresher that seems to pump out missiles way to fast...  We've all seen planes that perform way better than they should.  Many times, this is due to cheaters who manipulate the game files and buy all upgrades for all planes rolled into one.  The blatant ones will use a Green Eagle.  The more subtle ones will use a Hawken or other less obvious plane.  No doubt though, they are out there and a scourge of the game.  Really wish that Z2 would find a way to ban these guys.

So what type of fighter are you?  Lets us know!!
Posted by MetalStorm Forever! on Tuesday, August 21, 2012