So - should you buy the Spectre?  At 228 coins, it is expensive.   The closest equivalent plane that is comparable is, as mentioned, the Reaper.  The Spectre has significant more energy than the Reaper which will help when you are doing all those rolls and accelerations although Reaper has an edge in damage, agility and the +5% armor which is invaluable for the thin-skinned agility class.  Before the Reaper was released, the Spectre ruled the agility class, but now I have to If I had to choose between the two, I would have to go with the Reaper.  Make no mistakes though, the Spectre is no slouch and if you think that extra bit of energy will help your fighting style, then the Spectre might be for you.

See PLANE COMPARISON TABLES for detailed assessment of all the planes performance ratings including the Spectre! 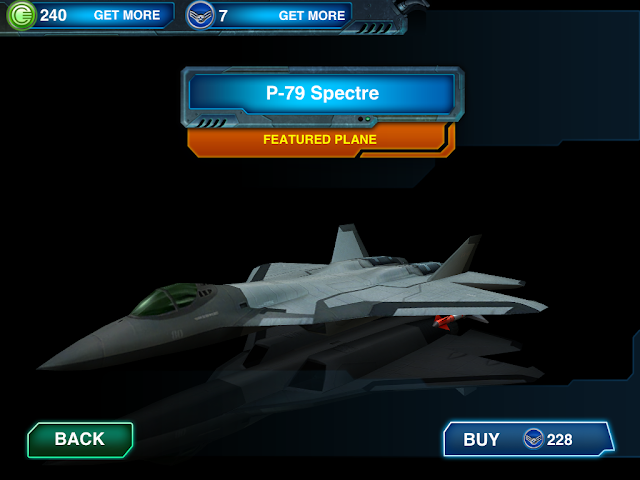