Did anyone get selected for this? 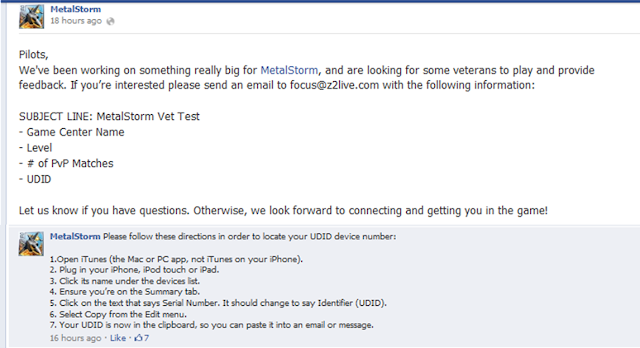 Has anyone has been selected for this focus group?  If so, lets hear from you!  Some emailed screenshots would be awesome and I can share.   You can post anonymously if you are worried about Z2 getting torqued off.  :-D

I've found a copy of the email that is sent for those selected as a beta tester:

Z2 is threatening permanent kicking off from the game if the beta testers take screen shots or reveal details.    Hoping that some of you beta testers will share a few details - Z2 should actually want that.  A little bit of leaked info is good for business and could generate some enthusiasm, and this game is definitely in need of a boost of enthusiasm!

Latest rumor that I'm hearing:  This testing is not actually for Metalstorm but for a similar complimentary game that involves fighter jets but is more cartoonish than MSWM (more like Z2's other games, Battle Nations and Trade Nations).  I sincerely hope that if these rumors are true, that they don't indicate a replacement for MSWM since they state that this is the "next generation of MetalStorm".  If MSWM becomes a cartoonish strategy game, I think they will lose many players.  I will keep updating info as I find it.
Posted by MetalStorm Forever! on Sunday, October 28, 2012 48 comments: Links to this post

There have been quite a few apologies being issued lately by Z2.  Not been a good week for the servers.  Curious if many of you have been hit by this?
Posted by MetalStorm Forever! on Wednesday, October 24, 2012 30 comments: Links to this post


This weeks plane is the NV-7 Sparrow.  An interesting and perky looking little plane.  Here are the stats:

Damage:  A whopping 10% which makes this Best in Class

Agility:  At a very agile 14%, this is 2nd in class behind Reaper and Stilletto (which are only 1% more agile)

Missile Reload:  A huge 10% makes this Best in Class by far (although still far behind weapons class planes)

We are seeing a new trend from Z2 the last month of providing weapons class upgrades to agility class planes and visa versa.  With near tops in agility and good evasion, this plane will be good in circling matches.  With damage and missile reload boosts, the sparrow will be more deadly than your typical agility class plane during long distance engagements.  I have to say that the sparrow is now one of the better agility class choices.  It looks like Z2 has released another plane that pushes the performance envelope - shocker!!

The Sparrow has been added to the Comparison Guide  and also to the Fleet at a Glance - check it out!

This plane is based on the real-life Grumman F9F-8 Cougar (thanks guys): 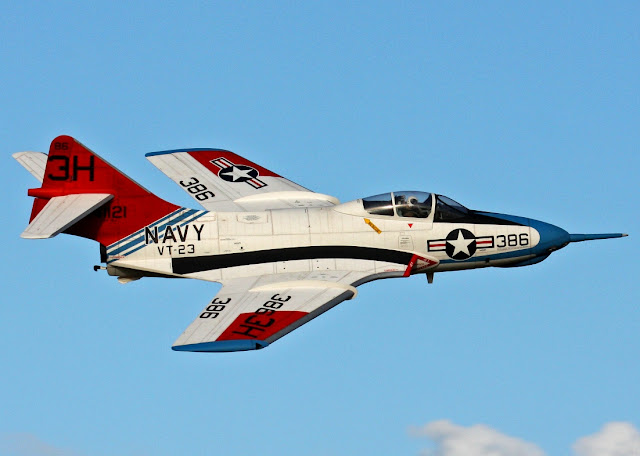 Posted by MetalStorm Forever! on Monday, October 22, 2012 87 comments: Links to this post

Sky Gamblers Air Supremacy has been around for a little over 6 months.  I was curious to see how successful they have been vs. our favorite MSWM.  Here is what I found:  MSWM currently has 8,344,646 players who have downloaded the game as you can see from the leaderboard screen.


Of course, since MSWM is a free download, there are undoubtedly many inactive players.  So is SGAS catching up with MSWM?    First of all, SGAS cost money, so there will obviously be less downloads, but lets see where they stand.  Of all the game modes on SGAS, I don't usually play capture the flag and the few times that I have, I've almost never actually returned a flag.  However, even with this minimal use, I am ranked #26,328.  This leads me to believe that SGAS has somewhere between 30,000 to maybe 50,000 players at the most.

8 million to 50,000 is probably not the ratio that Bandai/Namco/Revo is hoping for!  50,000 players each paying $5 = $250k.    Apple probably gets $50k or so, which leaves poor Bandai/Namco/Revo to split the remaining $200k amongst themselves.  Doesn't sound very profitable.  You can buy planes on SGAS too, but its not as compulsive as on MSWM.  As for the App Store, I can't even find SGAS on the charts for profitability ranking.  My guess is that the cost of development and server maintenance is not being covered by any stretch.  This may be a reason why they have recently lowered the price of SGAS from $4.99 to $2.99 to try and attract more players.

In summary, even though SGAS is an impressive game, it still has a long way to go to topple MSWM.
Posted by MetalStorm Forever! on Monday, October 08, 2012 24 comments: Links to this post