Are Metalstom games on the decline?

Below are current Metalstorm rankings on IOS as of 4/6/14. These can also be found here.
Things have changed quite a bit though in the past year.

So has Z2Lives strategy of putting all of their emphasis on MSA paid off???   I would say no.   Its too bad that MSO has been left to languish even as it remains much higher ranked than MSA.

See data below.  I've also thrown in Sky Gamblers stats at the bottom for reference. 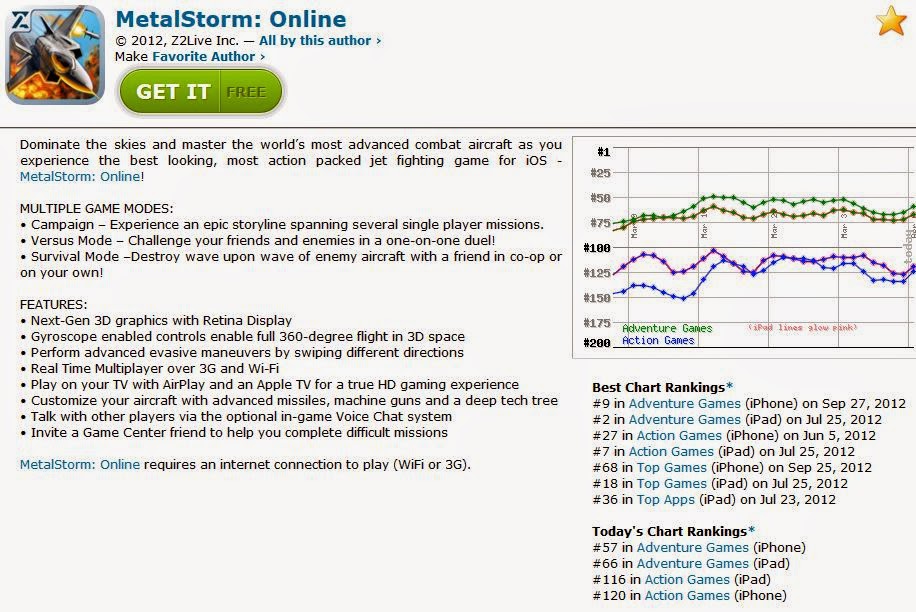 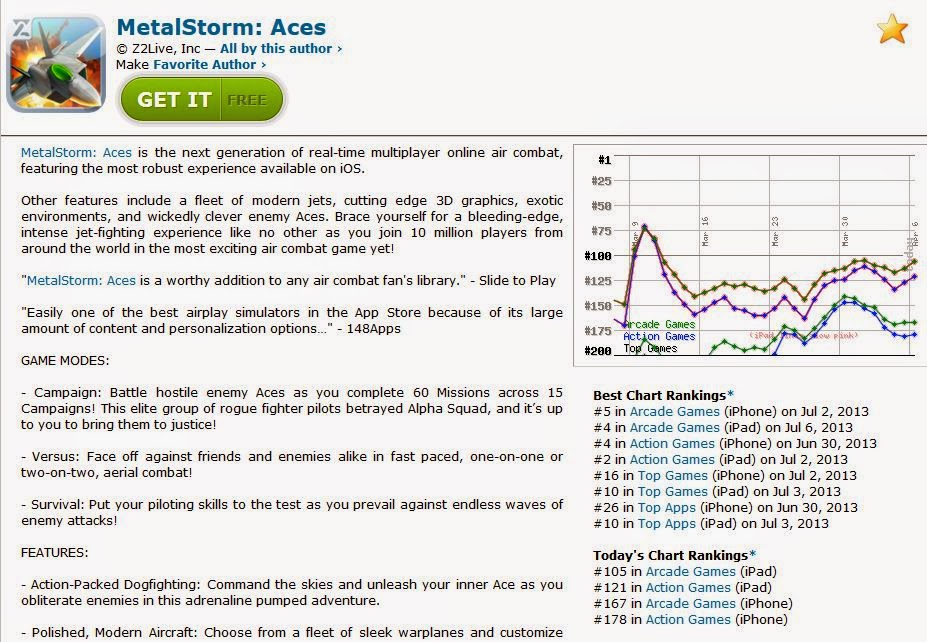 Posted by MetalStorm Forever! on Sunday, April 06, 2014 85 comments: Links to this post