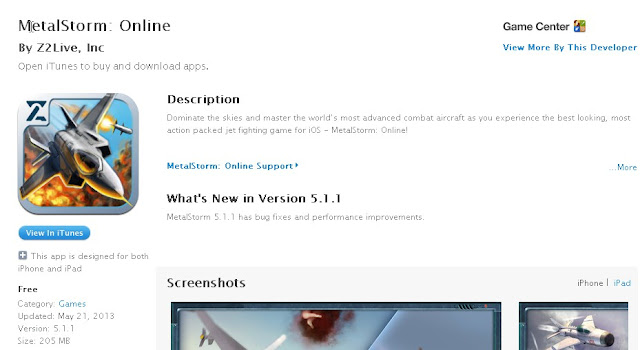 I haven't noticed anything different except for no lag in the few games that I've played so far.  See anything new? How is it working for you?
Posted by MetalStorm Forever! on Tuesday, May 21, 2013 19 comments: Links to this post

Will LAG ever get fixed? 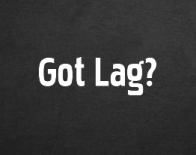 I take it back AGAIN - it seems like lag was fixed for awhile and the game worked really well, however the past couple weeks, it has come storming back and seems to occur almost every game.  Anyone else having this problem again?

Has anyone noticed that since the v5.1 update, the lag for VS matches has become a substantial problem?  Previously, lag would pop up now and then and your opponent would jump/disappear/hover as the Z2 servers labored to keep up the pace.  Now though, it seems that lag occurs for every single VS match without exception.  The lag occurs differently than it has in the past also.  Now, it seems that the lag especially shows up when you make a kill - there can be a several second delay between missile impact and your opponent blowing up.  There have been times when my opponent will then even get a shot or two at me during this lag time before he explodes!

Also, the agility class planes seem to have a particularly hard time with this lag - if I fly a weapons class plane, it seems that I have a much easier time hitting agility class planes.  Most matches tend to be missile hurling slug fests, shooting at stuttering and jumping images of my opponent.

Curious how many of you have been experiencing this same issue?  Hopefully it will be fixed soon, as it is seriously degrading the quality of VS game play.
Posted by MetalStorm Forever! on Sunday, May 12, 2013 22 comments: Links to this post

You get what you pay for (in both cases)


Well the big give-away has happened - for this weekend only you can buy the Apollo for the price of 1 credit -------- which is about what it is worth.  A disappointing downgrade from the leaked version and not worthy of a review.  I don't think that it is a good strategy on Z2's part to build expectations and then provide this piece of junk (no upgrades included either).  I think that I'll just stick with the C-101 Annhiliator when I want to fly a low level agility plane - not going to invest a penny to upgrade this thing.

The second plane released this weekend is the Hades.  A new weapons class plane with slightly higher boosts in energy and damage than the leaked version.  It is good to see the SR-71 Blackbird incarnated one more time.  The first time this was issued was as the Achillies as an overpriced defense class plane with lackluster specs.  This time, Z2 has more accurately provided the plane with great speed and stealth.

Lets take a look at the ratings for the Hades:

No agility boost will make it easier to be caught in a circling match, but overall, the speed, stealth and damage boosts make the Hades a formidable weapons class plane - the speed should help dodge incoming missiles and the stealth will make it harder for your opponent to lock onto you as you kick in the afterburners.  Its also hard to resist the design of this historical classic!

Both planes have been added to the Comparison Guide  and also to the Fleet at a Glance - check it out!
Posted by MetalStorm Forever! on Saturday, May 11, 2013 16 comments: Links to this post

Apollo is the free plane

Posted by MetalStorm Forever! on Thursday, May 09, 2013 5 comments: Links to this post 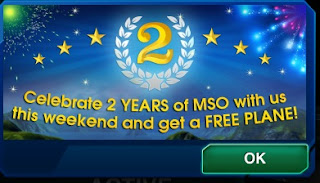 Check it out!  Looks like a free plane will be available on the weekend of May 11th.

I also want to take a moment to thank Z2 for their work over the last 2 years.  It looks like they have recently solved the lag problem - great job!  Metalstorm Online is still the best 1-on-1 dogfighting game out there - keep up the good work!!
Posted by MetalStorm Forever! on Monday, May 06, 2013 5 comments: Links to this post 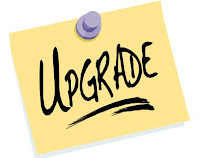 I've updated the plane comparison tables to show best in class in blue and best in fleet (all planes) ratings in gold.  Also there are some ratings that are best in fleet without any boosts - those are in gold outline.  Now you have an even better guide to decide which planes are right for your fighting style.

As bonus - I've also added the 2 new unreleased planes (with the leaked stats).

Click here to check them out!
Posted by MetalStorm Forever! on Sunday, May 05, 2013 8 comments: Links to this post

Upcoming Plane Preview (thanks Sean for the posting!) 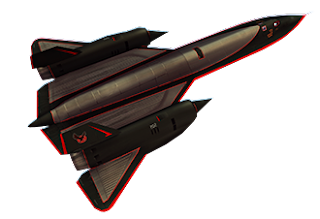 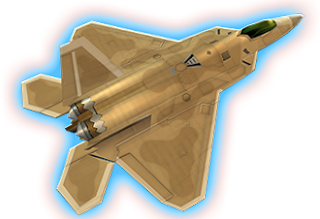 Both supposedly to be released on May 11th
Posted by MetalStorm Forever! on Wednesday, May 01, 2013 20 comments: Links to this post