Have You Been Banned? 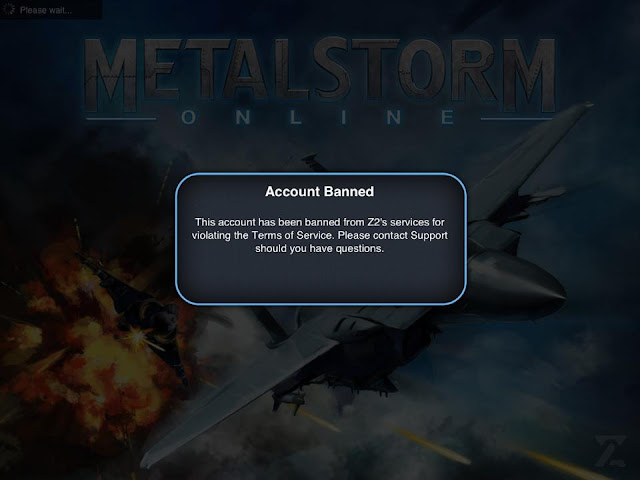 Over the past few weeks it seems that Z2 has made a concerted effort to identify hackers and cheats and ban their accounts.  To this, I say its about time!  I've played against cheaters and hackers with pumped up planes way too many times (after awhile you can tell pretty quickly if a plane has been hacked, am I right?).

From what I've seen, there have also been some innocent victims that have been banned.  Some claim to have only hacked their image and not modded the plane stats (you know the players - they have their own mug as their image or some other non-standard image - Jim Careys come to mind).  I feel a little bad for these guys but not too much - if you download a hacked version of the game, you should not be too surprised if Z2 shuts it down, even if you aren't "using" all the cheats (how does Z2 know if you are using the cheats or not?  If you have a hacked version that is capable of pumping up your planes, your account should be banned, plain and simple).  So lets hear from you.  Have you been banned lately?  Vent away!!
Posted by MetalStorm Forever! on Tuesday, February 26, 2013

MISCELLANEOUS TOPICS:
Z2Live - Who Are They?
Better Planes vs. Better Game?
Sky Gambler Air Supremacy Review
Version 4.1.2 Released
How should MSWM be improved?
Lets hear it from the cheaters